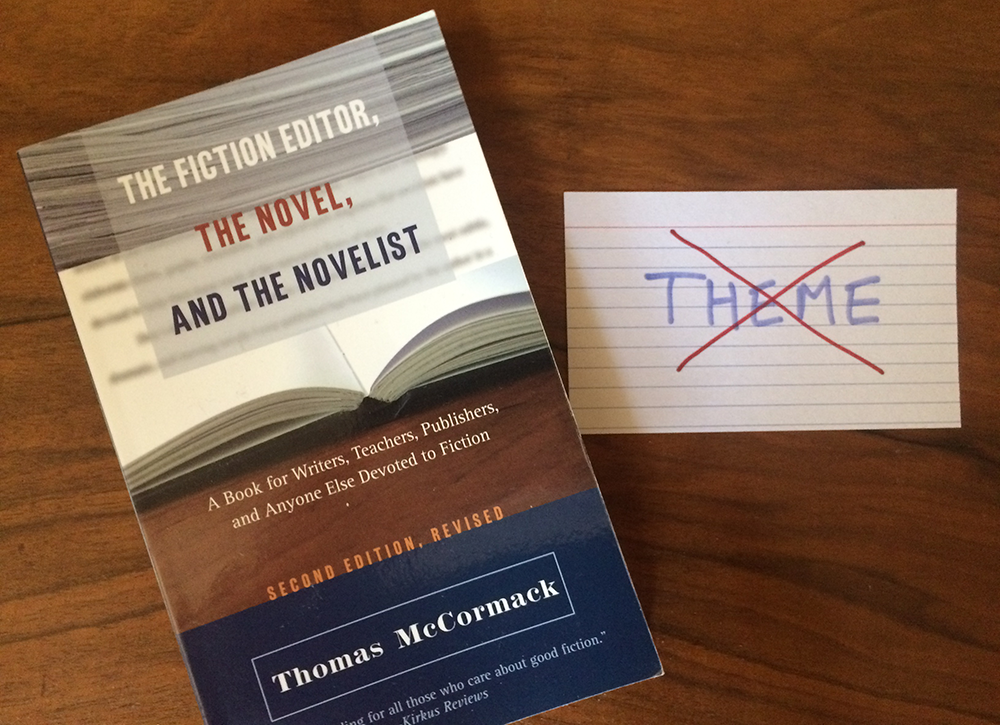 This is the second in a series of posts about teaching writing to middle school and high school students. You’ll find the first post here.

At a recent poetry reading at The Word Barn in Exeter, NH, poet David Rivard mused about the difficulty about identifying a theme for a book of contemporary American poetry. Speaking of his own work, Rivard said he was interested in the spontaneity or the performance of spontaneity (though he may not have used either of those terms) of each moment in a poem, rather than in an overarching story, theme, or framework uniting all the poems in a collection.

But publishers, he noted, do want to know what a book is about. How will it hang together when finished and presented to the public? Their curiosity is driven by an understandable interest in marketing. How can they sum up the book to help sell it to readers? How can the collection be pithily described in the two lines of copy allotted to it in a publisher’s spring or fall catalog?

Rivard and poet Jayne Benjulian, who also read that night, agreed that there might be a theme to a contemporary book of poems, but it might become evident to the poet only over the course of writing many poems over many years. Eventually, Rivard realized that he could organize his latest book around the idea of a standoff—the contrast between the everyday physical world and the ideas constantly running through his mind.

But most contemporary American poets—Rivard cited Louise Glück as an exception—are wary of formally enunciated themes for books. And even though he eventually identified a theme for his book, Rivard is more interested in the experience of reading each poem on its own.

Themes and Topics for Students

Rivard and Benjulian’s discussion reminded me of reasons to be wary of themes in general when writing about novels, short story collections, or books of poetry. Themes may be present, but they rarely deserve much emphasis or sustained attention. Young writers of essays would be well advised to adopt Rivard and Benjulian’s wariness when selecting topics for essays.

Why? Because noting the theme is one of the least interesting things that one can say about a book. Especially in works of fiction, one may be able to identify a theme, but to say anything substantial one must immediately move on to noticing the details of how the theme is developed. Those details are almost always the interesting thing about a book, the thing that makes the book enjoyable and perhaps even powerful and memorable.

Thomas McCormack, in his book The Fiction Editor, the Novel, and the Novelist, makes a good case for looking at details, rather than themes, in books. In a section called “‘Theme’ and Its Dire Effects,” he writes:

The way ‘theme’ is taught is actively harmful.

I seriously pursue this crusade here, albeit in condensed, almost outline, form, because I believe what’s being done in classrooms stunts, and even kills, the ability and appetite of many of the best students. (p. 118; other other quotations here appear in pp. 118-134)

What’s wrong with writing about a topic like? According to McCormack, “the student arrives at the theme by generalizing, producing a general statement about the human condition as implied by the total story.”

Depending on the writing instructor and textbook, a student might be assigned to write about a theme in the form of a statement that accounts for all the major details of the story. But the student is cautioned that the statement should avoid the form of a familiar saying, because by assuming that form—condensing the story to a maxim that might be stitched on a sampler—the statement might diminish the richness of the story.

McCormack spends several pages picking about the contradictions and highfalutin nonsense of textbook guidelines about themes. Perrine, one of the textbook authors he cites, furnishes these examples of the themes students might discover in their reading:

I now submit that, given the themes express above, to teach young people that these are the reasons for the stories being; that they were the purpose, meaning, and significance of Shakespeare, Chekhov, Welty et al.; and that they are what students must struggle to get out of theme; this is a lesson of such mind-imploding fatuity as to amount to assault with a deadly weapon.

He points out that even those instructing students to focus on themes recognize the shortcomings on that very same focus. Textbook authors like Perrine cavil with remarks like “Story writers’ first business is to reveal life” and “A story is not a preachment.”

The motivation of these authors, to get the student to pay close attention, to focus, is a good one. Their technique, a search for “theme,” is a bad one. Because it makes the student attend to the wrong thing, it focuses him in the wrong way.

“The meaning of a story has to be embodied in it, has to be made concrete in it. A story is a way to say something that can’t be said any other way, and it takes every word in the story to say what the meaning is.”

Instead of trying to extract a vague, platitudinous theme, students should be taught to appreciate the details of the work and to appreciate how these details, together, create the work’s “master-effect” (an idea that McCormack develops in the earlier sections of his book).

What I recommend, then, is approaching the work of fiction with a program of questions devised to focus the reader on the effects achieved, and how the author achieved them.

Examining the details of the work, page by page, provides a much richer ground for exploration. Such an examination cannot but highlight the individuality of the work.

In their critical writing, students should explore the details and the individual features of a work. This embodiment of meaning (as Flannery O’Connor put it) is much richer material than any tired moral that can be derived from countless works.

By John, 4 years2 years ago