In Praise of a Sensitive Language

Music, in this case.

The climate, social, financial, political — it’s dispiriting because you don’t see eye to eye. But the world can be safe if each of us is concerned. This starts with our own life, with our family, with our friends, with our village. If everybody was ready to help others, to do something, the world would be different. We are too ready to say, ‘Well, this is not my problem,’ and I think when you see the reaction from fanatical people, you see that the first enemy of humans is ignorance. Ignorance makes fanatics. The second enemy is hatred. And the third is egoism. And all these things can be saved with the development of a sensitive language, like music.

Jordi Savall, from an interview in Listen Magazine.

The Option of Silence 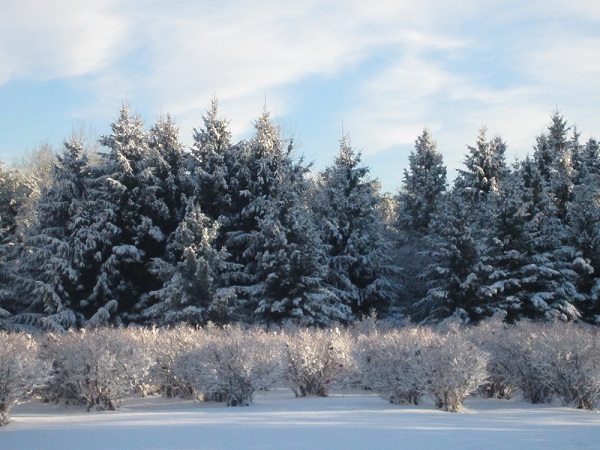 I always enjoy the bustle of Manhattan—or of San Francisco or even Berkeley—but I equally enjoy the quiet and stillness, especially evident early in the morning, of rural New England.

An Afternoon with Harvey Shapiro

I hadn’t heard of the poet Harvey Shapiro until a friend of a friend posted a note on Facebook about his passing on Monday and posted a link to this poem. That was enough: I’m ordering Shapiro’s book, The Sights Along the Harbor: New and Collected Poems, which is published by Wesleyan University Press.

The Uses of Poetry

This was a day when I did nothing,
aside from reading the newspaper,
taking both breakfast and lunch by myself
in the kitchen, dozing after lunch
until the middle of the afternoon. Then
I read one poem by Zbigniew Herbert
in which he thanked God for the many beautiful
things in this world, in a voice so absurdly
truthful, the entire wrecked day was redeemed.

What a marvellous poem.

It’s starts out ambling. The poet tells us he “did nothing,” and very little seems to happen. “Aside from” introduces what should be insignificant achievements, and the activities that follow are described with hum-drum participles: reading, taking, dozing. The day is mostly gone. We’ve reached the middle of the afternoon. Then.

The line breaks are part of this poem’s enchantment. Everything is going along as expected, you’re being lulled, but it turns out you have no idea what’s coming next. The “Then” introduces a twist. He read one poem by Herbert; you can almost hear him saying “just this one little poem.”

The second great line break is “absurdly.” In The Poetry Home Repair Manual, Ted Kooser writes about the way a good poet will choose a word you would never have expected to appear, and yet when it appears it seems marvelously descriptive and apt, not bizarre or strained. That’s how the phrase “absurdly Truthful” strikes me. A voice could be “absurdly” many things, but “truthful” lands like a shaft of light blazing through a window we had mistaken for a wall. (Absurdly truthful? Not just “utterly truthful.” The absurdity suggests, in a way that wrenches our thinking, the prevalence of pretense.) The day we had been dozing through has been transformed in the light of this truth. We should praise God for all around us, even the things around us in our day spent dozing, our day spent on nothing.

We now recognize this ordinary day as an “entire wrecked day,” not a “nothing” day at all. These are the harshest words—and the harshest sounds—in the poem. That trochee “entire” followed by a spondee “wrecked day” (or perhaps the antibacchius “wrecked day was”) sounds, after the smooth banalities that opened the poem as jarring as a garbage disposal catching on something.

And then the conclusion: “was redeemed” (a strong iamb after all that catching and stalling). (And the passive voice is perfect here. The emphasis is on the redemption. The concluding word of the poem is unexpected as redemption itself. The word fairly sings.)

The redemption comes from a recognition, which is triggered by reading a poem—Herbert’s poem. But Shapiro’s poem itself is also an act of recognition and thus another act of redemption. Just as Shapiro is awakened by Herbert, so we can be awakened by Shapiro reading Herbert. This is, after all, the use of poetry, as the title tells us.

The New York Times‘ obituary for Harvey Shapiro includes some other poems worth your time.

A Blessing for the New Year

In 2013, may the road rise to meet you, and the wind be ever at your back; may your Wi-Fi router reach every corner of your house and may you remember all your passwords; may your legs never fall asleep in zazen and may your cellphone never go off in church; may your ski poles never bend and the path from the dinner table to the door at friends’ houses never be straight, let those paths be circuitous rather, good conversations should become tangled like knitting, making extrication difficult, and when in doubt at least half the party should pass through the kitchen again, nibbling at the leftover desserts; may you find frequent occasions to laugh with children; may your work be interesting and may you have as much of it as you want; may you receive as much as you need and may you give so that others have comfort; may your spirit be lifted by words and by music; may you find patience when you need it, and joy at unexpected times; and may your travels be so arranged that on at least a handful of mornings this year you wake to an absolute silence interrupted only by birdsong.

(This little blessing popped into my head this morning. Thought I’d share it.)